Apple arcade? What do you think made Apple release it!
Could this Gaming Technology is the future of gaming?
Ok. Now let’s get to know what is arcade?

Will this be competing with Google’s Stadia?

It is going to be the world’s first game subscription service for mobile, desktop and the living room, announced by Apple on 25 March 2019.

This service will be launched later this year and will feature over 100 new and exclusive games, from Acclaimed Indie Developers including original releases from creators Hironobu Sakaguchi, Ken Wong, Will Wright and dozens more.

Apple Arcade will be launched as a dedicated tab in the App Store of your any Apple device. It will have access to a collection of brand new games that will not be available on any other mobile platform or in any other subscription service.

Apple arcade being a game subscription service, would give gamers the opportunity to try any game before purchase and get access to the full experience by paying subscription amount specified.

which would include all game features, content and future updates, and no additional in-game purchases.

The purchased games can even be accessed offline by the user.

What does Apple arcade do?

Apple arcade will introduce an innovative and excellent way to access a collection of brand new games that will not be available on any other mobile platform or in any other subscription service but only on the special tab on your App Store.

Rather than pay up front for each game, a subscription to Apple Arcade will give players the opportunity to try any game in the service without risk and have a facility of one time pay for 100s of games.

Since every game includes access to the full experience, including all game features, content and future updates they might need and no additional purchases will be required after once done.

Every game can be playable offline, and many games will offer support for game controllers.

Because subscribers can play Apple Arcade games only across iPhone, iPad, Mac and Apple TV, they can pick up where they left off in a game, even if they switch devices.

Thus it is so user-friendly and New games will be added to the service on a regular basis when needed.

What made Apple release Apple arcade?

Maybe Apple is the largest and invincible company. It wanted all it’s services to be the best and made this service. As we know AppStore has been no good place to all the game developers, only a few find the way to thrive in there.

So Apple might have decided to launch this service where App Store can be free from all the poor and clumsy cloned games which makes it the best one as always.

When does Apple arcade gets launched and what could be its price?

Apple Arcade will be launched by the end of 2019 in more than 150 countries from a new tab on the App Store across iOS, macOS and tvOS.

Although the price of the arcade is not yet released it could mostly be included in family sharing where the family of 6 members can share the subscription which is very cool.

What games can be seen on the Apple arcade?

1. ATONE: Heart of the elder tree

2. Beyond the steel sky

What could be the benefits for game developers through Apple arcade?

We can see good future of game developers in Apple arcade as Apple is going to actually fund partially for the development of games. So this makes many good developers to have a vocation and get good support.

They can now try to bring up their creative games into it where a user can’t actually risk buying it on the App Store for some dollars on a thought that he may end up not liking it.

So the user will surely play the same game when it comes with the subscription he pays.  So it brings more triumph to the game developers as well.

On what devices is arcade supported?

Apple arcade is supported by iPhone, iPad, Mac and Apple TV only as it is the tab attached to the App Store.

Hereby we can say that apart from very few snags, Apple arcade could be the first and best gaming subscription service providing us the facility to buy 100s of games with just one purchase.

So if you have any queries or do find any doubts  please feel free to comment below. We await your comments. 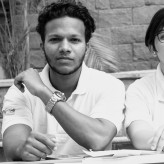 Arcade V Stadia: Which is Future Of Gaming?